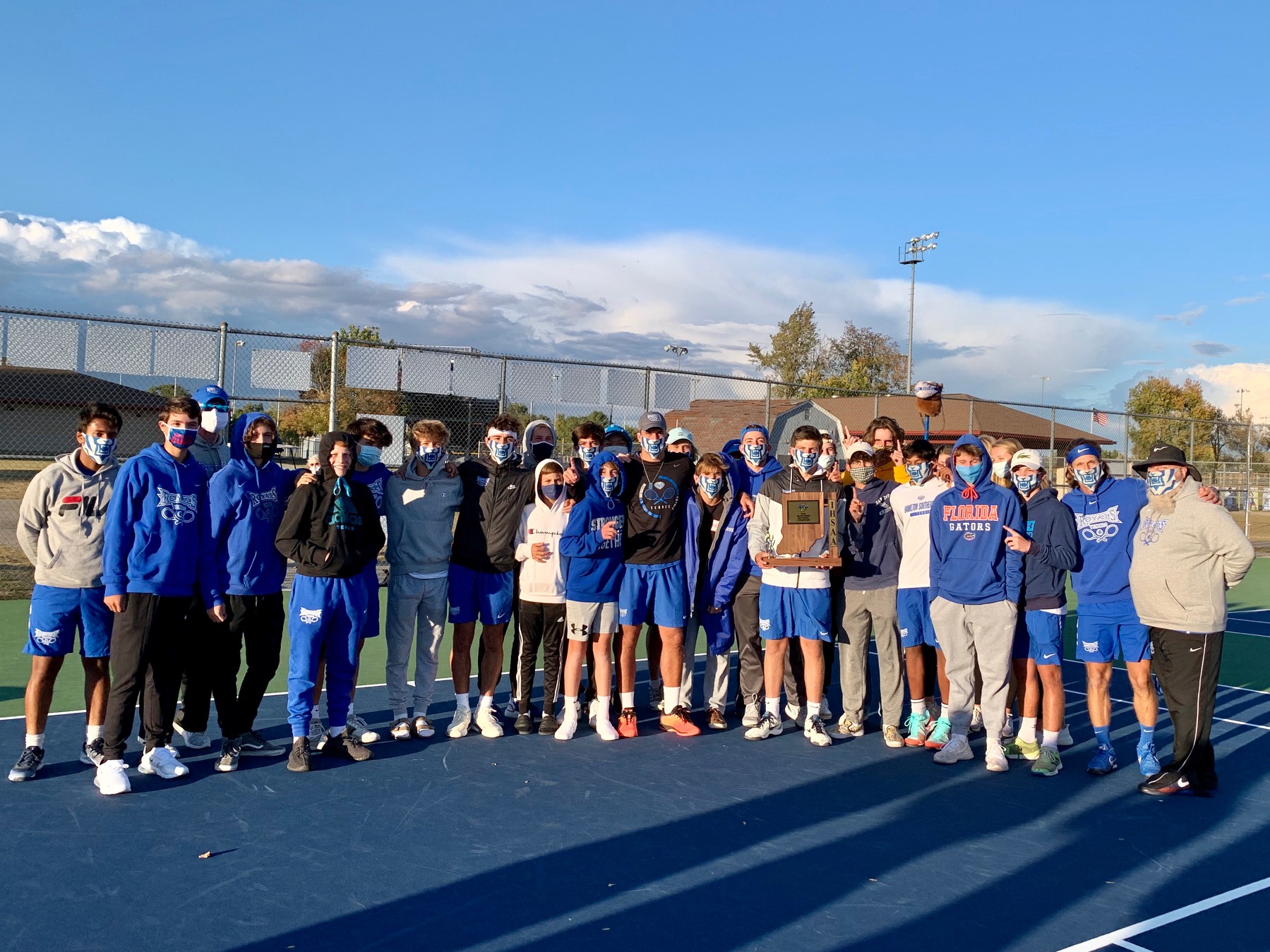 The #10 Royals had a huge win over #9 Fishers on Thursday night, defeating the Tigers 4-1 to win the sectional championship! Our singles guys really stepped up tonight as they all got straight set wins. Junior Aiden De Witt won 6-2, 6-3 at #1 singles. This was a big win for Aiden, and it clinched the match for us. Sophomore Rohan Golla won 6-1, 6-4 at #2 singles as he played very well and picked up the 2nd point for us. Senior Andrew Orme won 6-3, 6-2 at #3 singles as he played his final match on the HSE courts while picking up his 20th win of the season! The #1 doubles team of junior Andrew Spirrison and sophomore Paul Schneider got the ball rolling for us as they had a quick win at #1 doubles winning 6-2, 6-3. They continue to have an incredible season. The #2 doubles team of senior Evan Wang and sophomore Abhi Chaddha had a great battle but fell in three sets, losing 2-6 in the third.

This is the Royals’ second straight sectional championship, and this one feels really good as it avenged a 2-3 loss to the Tigers from a month ago. I’m really proud of the way our guys stepped up tonight. We knew it was gonna be a tough match, but we came out ready to play from the get-go and had good starts on all 5 courts, which was really important to set the tone early. Our guys had belief that they would win, which was really important, and it showed in the way we played tonight. I’m so happy to see our season continue as it’s been a great season so far, but we aren’t done yet. Great match guys!

The Royals advance to the North Central regional where they will play the #3 Panthers on Tuesday at 4:30. It’s going to be another tough challenge, but we will be ready!

IHSAA Regional
11:00 am
View All Events