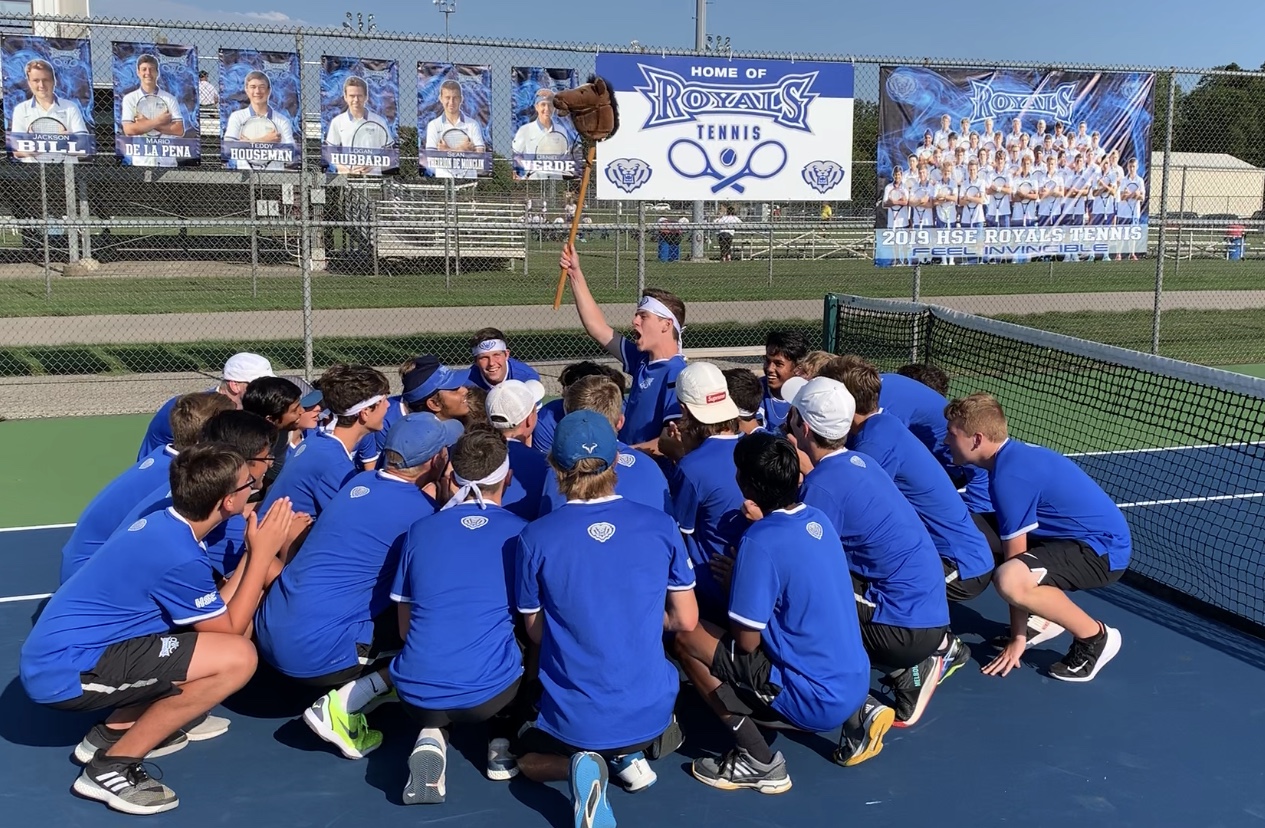 The #23 Royals fell to #11 North Central tonight in a great battle on a windy evening that came down to the last match on the court. The Royals started off with the first win of the night as freshman Paul Schneider got a big win at #2 singles, winning 6-0, 6-2. Paul played a terrific match tonight as he used the wind wisely and forced his opponent into many mistakes. The Panthers struck next as freshman Abhi Chaddha lost at #3 singles, 3-6, 3-6. It was good to see Abhi get some varsity experience tonight, and he fought hard and had some great points, but just couldn’t get over the hump against a tough player. The Panthers then got the next point at #1 singles as Andrew Orme fell 3-6, 1-6 against one of the best players in the state. Andrew hit the ball really well tonight and made his opponent work for everything he got. I was proud of the way he competed. The next match was won by the Royals as the #2 doubles team of senior duo Jackson Bill and Logan Hubbard won two close sets, 6-4, 6-4. They played very well tonight and put North Central under constant pressure as they attacked the net. Both Logan and Jackson had some clutch service holds as they closed out the match. With the match tied 2-2, the final court was #1 doubles where the team of Andrew Spirrison and Daniel Verde were in a heated contest. After dropping the first set 3-6, they were on serve the entire second set as both Andrew and Daniel served some great games. Unfortunately, we couldn’t come up with a break, and North Central was able to break us on the final game of the set to win the match 3-6, 5-7. Overall, I thought our doubles teams played very well tonight. It would have been great to get the win at #1 doubles, but they should be proud of the way they battled.

The Royals fall to 1-5 on the year and will be back in action tomorrow as they host #20 Brownsburg for what should be an exciting HCC showdown. Come out and support the Royals!