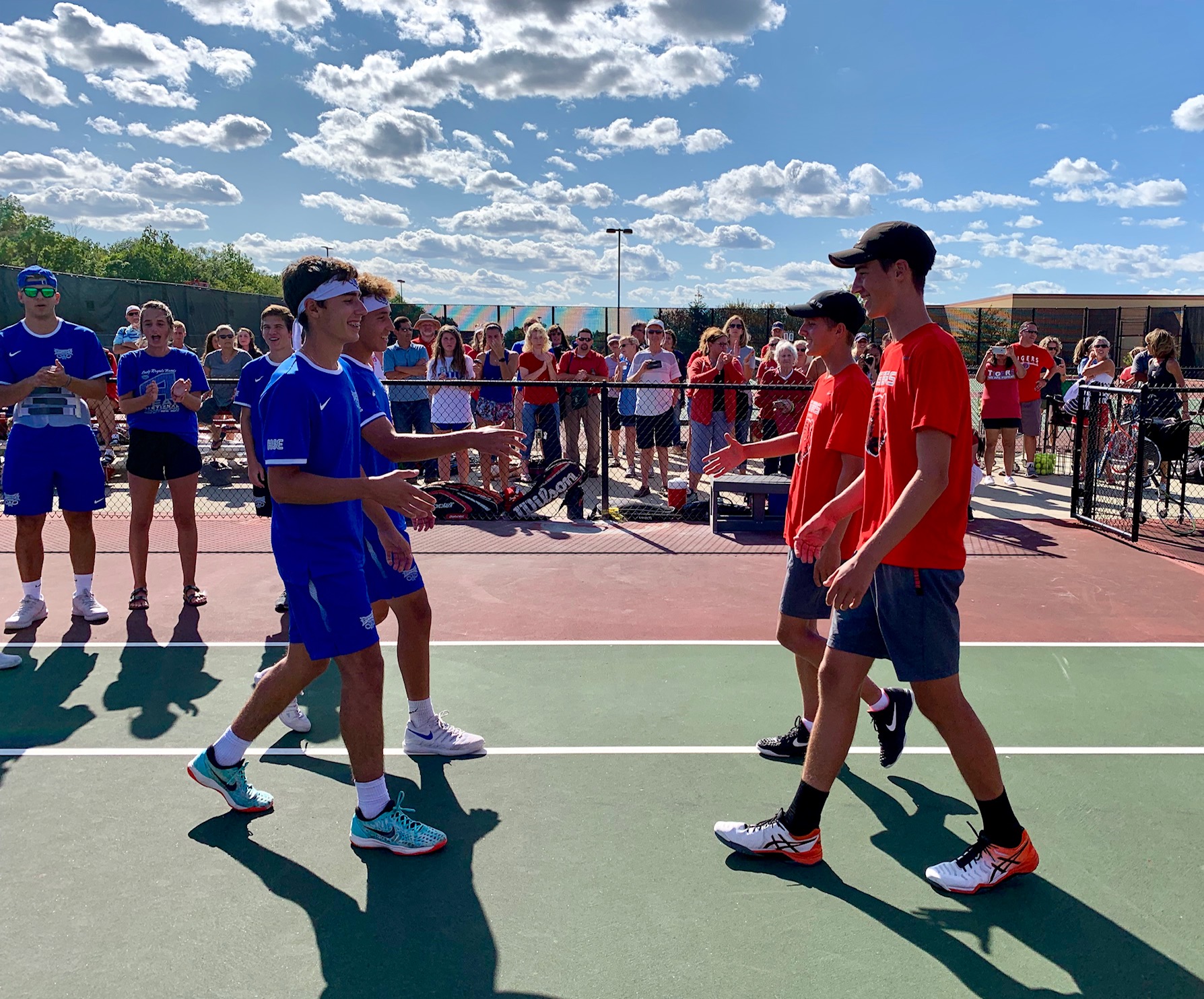 The #20 Royals fell to #8 Fishers tonight 2-3 in the battle for the Mudsock. Both of our wins came from our doubles teams, and both matches were won in 3 sets. At #1 doubles, Andrew Spirrison & Daniel Verde had 3 close sets. They won the first 6-4, then lost the second 4-6, and then they were able to step up and take the third 6-3. At #2 doubles, the senior team of Jackson Bill and Logan Hubbard had a rough first set, losing it 3-6. Fortunately, they were able to collect themselves and elevate their play and win 12 out of the next 15 games, winning 6-1, 6-2 in the next two sets. I was proud of the way our doubles teams stepped up in those 3rd sets to take those courts.

At singles, our guys struggled with consistency in the windy conditions and were also facing some tough competition. All matches were lost in straight sets. Andrew Orme battled hard, but lost 2-6, 3-6 against a very talented freshman. At #2 singles, Paul Schneider lost 3-6, 1-6 against a strong #2. And at #3 singles, Rohan Golla fell 2-6, 1-6.

It is obviously disappointing to lose the Mudsock, but we just have to keep working hard and learn from this one to get ready for them in sectionals.

The Royals fall to 1-4 on the year and 1-3 in the HCC. We will be back in action Saturday as we travel to North Central for the John Shirley Invitational.