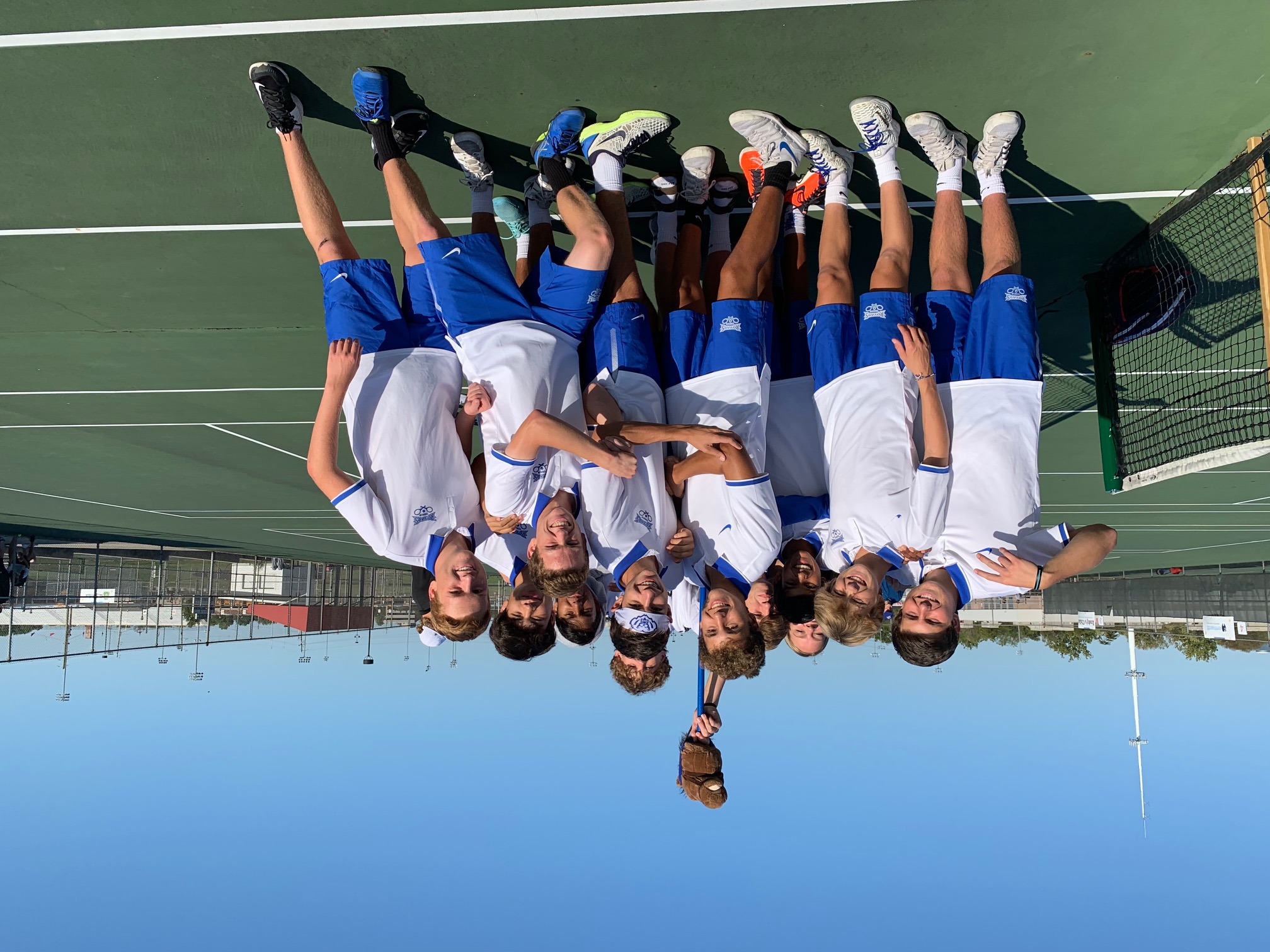 The Royals tennis team defeated Mt. Vernon 5-0 to advance to the regional final. All matches were won in straight sets. We knew Mt. Vernon was a tough team with an impressive record that would fight until the end. A few of the second sets were close at the beginning, so it was nice to see our guys step up and pull away and close out all 5 matches in straight sets. At #1 singles, Andrew Orme won 6-1, 6-0. At #2 singles, Paul Schneider won 6-1, 6-1. At #3 singles, Rohan Golla won 6-3, 6-2. At #1 doubles, Andrew Spirrison and Daniel Verde won 6-2, 6-2. At #2 doubles, seniors Jackson Bill and Logan Hubbard won 6-0, 6-3. Overall, I thought we played well tonight. We got off to good starts and didn’t let the Marauders get any momentum. Then, we did a nice job of finishing strong.

The Royals improve to 12-7 on the year and advance to the regional final where they will face off with North Central. The first time we played, the Panthers got us 2-3, so we are looking to turn the tables! The match is tonight at North Central and will begin at 4:30. Admission is $5 per person. Come out and support your Royals as they look to advance to the semi-state for the first time since 2009!