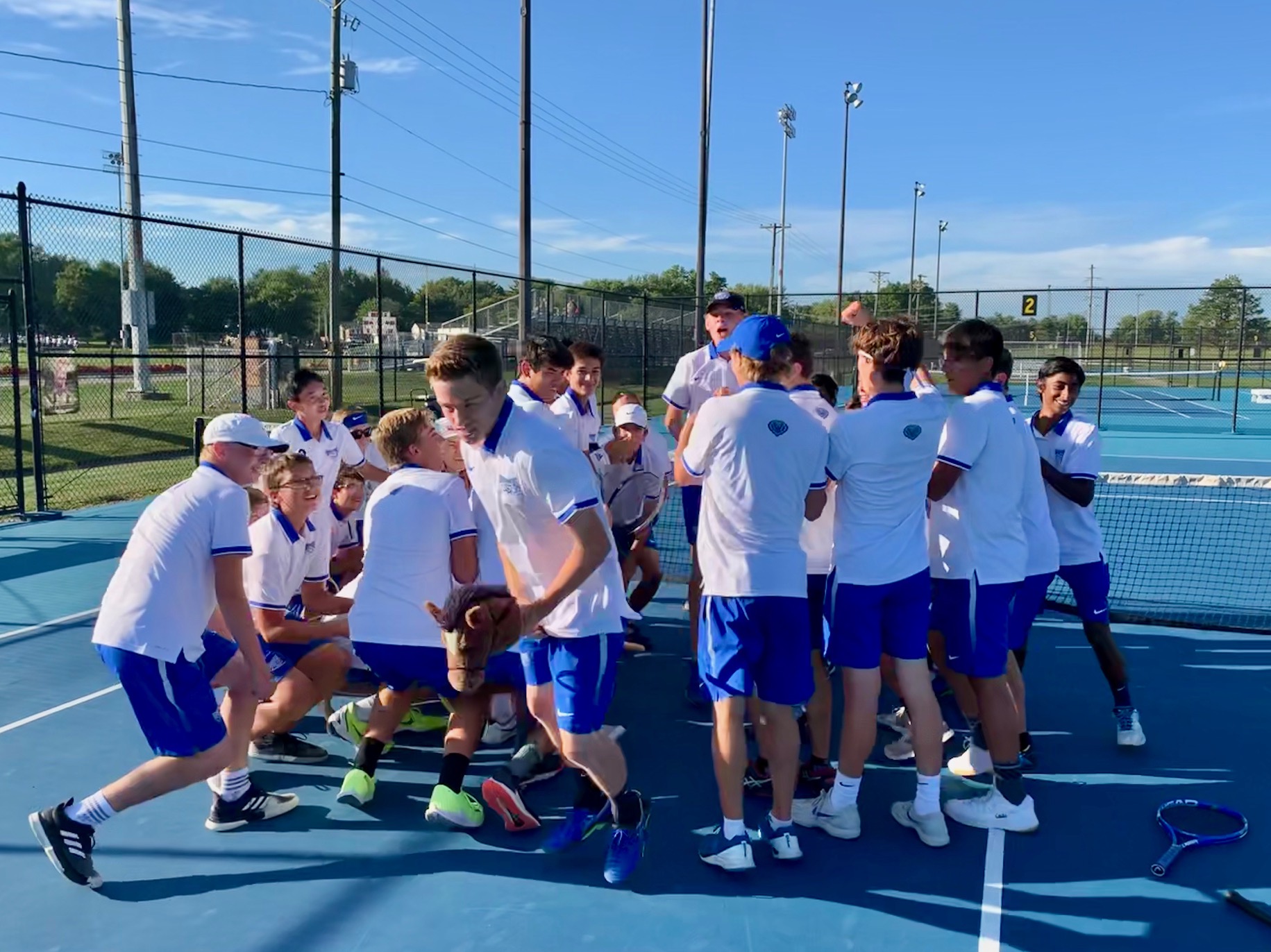 The #13 Royals defeated Lebanon with a score of 4-1 on Wednesday night. Wins for the Royals came at 2 singles, 3 singles, 1 doubles, and 2 doubles. Rohan Golla was first off for the Royals, winning 6-3, 6-0 at #3 singles. Rohan did a nice job of getting to the net tonight and working on his volley game. Next up for the Royals was the #1 doubles team of Andrew Spirrison and Daniel Verde, winning 6-2, 6-1. Daniel served very well tonight and Spirrison was exceptional at the net. The next win for the Royals came from the #2 doubles team of senior duo Logan Hubbard and Jackson Bill, winning 6-1, 6-0. They did a nice job of coming in and putting pressure on their opponents. The 4th win came from freshman Paul Schneider at #2 singles, winning 6-3, 6-1. Paul returned very well tonight and did a nice job of mixing in some drop shots. In the final match, Andrew Orme fell 2-6, 2-6 to a very tough player. Andrew played well, but his opponent was just too good from the baseline, having over 20 winners. Even though he lost, I thought Andrew played well and he did a nice job of constructing points. He had many close games, but just couldn’t quite get over the hump to gain enough momentum to turn the match around.

The Royals improve to 8-6 on the year and will be back in action tomorrow as they travel to Zionsville for the first round of the HCC Championships.