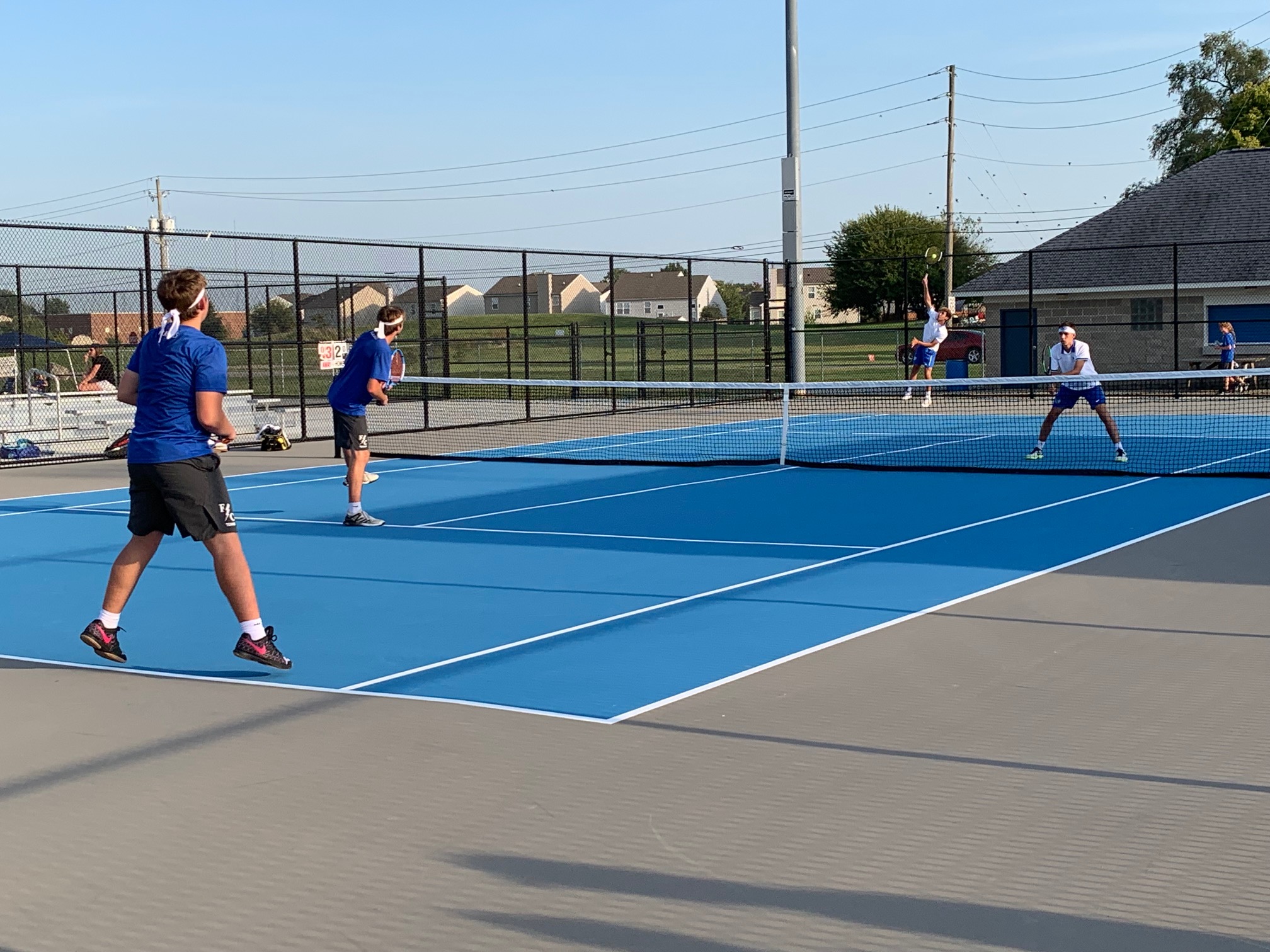 The #14 Royals got a nice HCC win over Franklin Central, winning 5-0. All matches were won in straight sets. Our guys played very well tonight and were able to come out focused and get the early momentum and never look back. At #1 singles, Andrew Orme had a 6-0, 6-0 victory. He was focused tonight and hit some great passing shots against a player who like to come in to the net. At #2 singles, Paul Schneider won 6-0, 6-0. Paul played very well tonight and used his ground strokes to force his opponents into many errors. At #3 singles, freshman Rohan Golla won 6-0, 6-1. Rohan served very well tonight and was hitting some impressive cross-court forehand winners. At #1 doubles, Andrew Spirrison and Daniel Verde won 6-3, 6-2. They had some early serving hiccups, but they were able to step up at 5-3 in the first set and get the break to take the first set. They then elevated their play and won the second 6-2. At #2 doubles, the senior duo of Jackson Bill and Logan Hubbard won 6-0, 6-2. They did a nice job of hitting overheads against a team that likes to lob.

The Royals improve to 5-6 on the year and 3-3 in the HCC. They will finish their HCC regular season tomorrow as they host Noblesville. Come out and support your Royals!