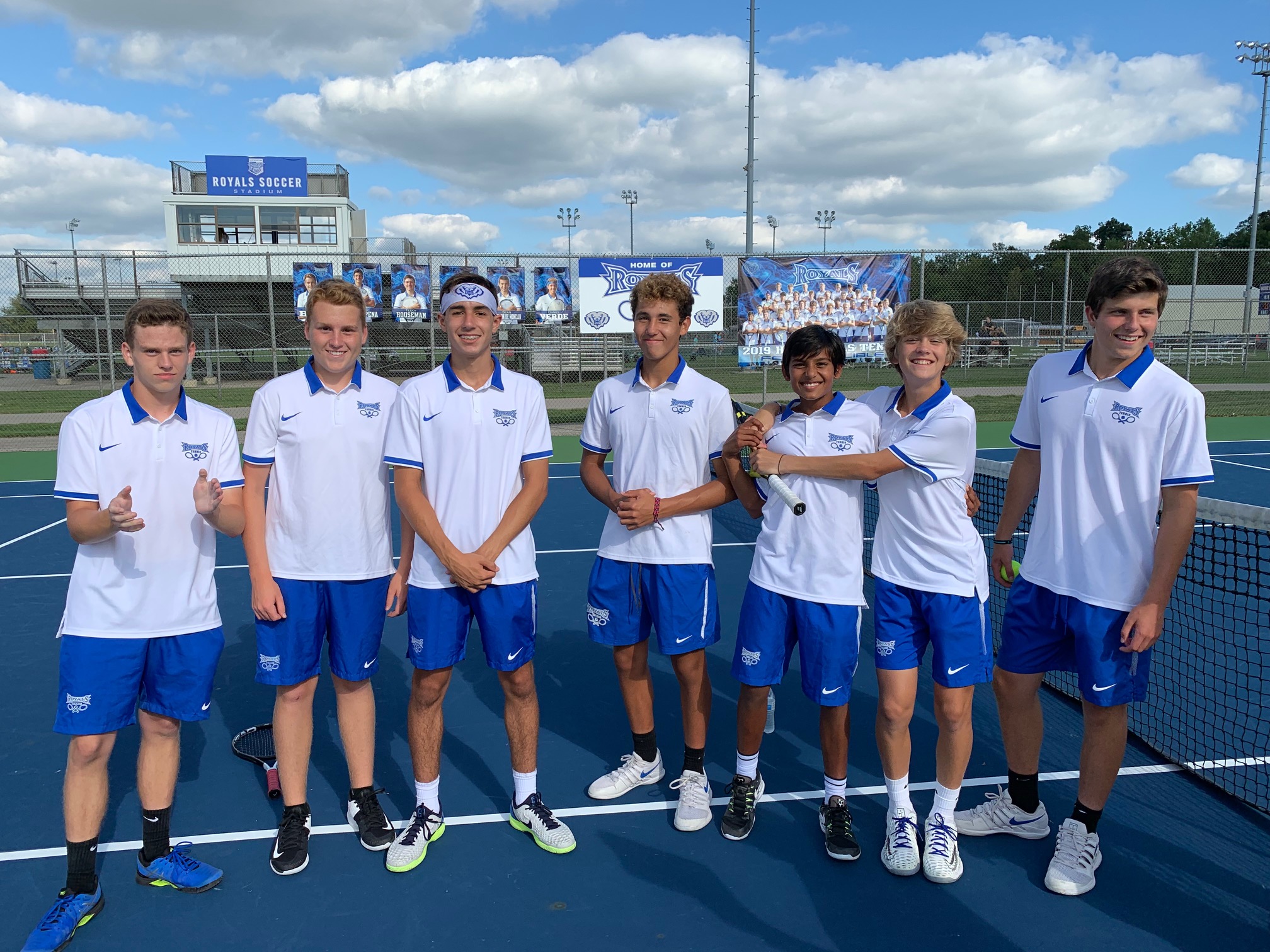 The #23 Royals got a big win over #20 Brownsburg tonight in an HCC showdown, winning 5-0. All matches were won in straight sets. At #1 singles, Andrew Orme played a very solid match, and he wore his opponent down, winning 6-4, 6-1. Andrew hit some amazing passing shots and made his opponent hit tough volleys when he approached to the net. At #2 singles, freshman Paul Schneider won 7-5, 6-3 against another talented freshman. After losing an epic game that had over 10 deuces to make the first set 5-5, I was really impressed with how Paul was able rebound after losing that game and step up and win the next two games to take the first set 7-5. He then played a very solid second set, winning 6-3. At #3 singles, freshman Rohan Golla won 6-2, 6-2. Rohan did a great job of moving his opponent around and forcing many errors. At #1 doubles, Daniel Verde & Andrew Spirrison won 6-2, 6-3 against a solid team. They did a nice job of limiting their mistakes tonight. At #2 doubles, the senior duo of Logan Hubbard and Jackson Bill won 6-1, 6-4. When things got tight in the second set, they were able to step up and close it out with some nice serving and great net play. Overall, this was a nice team win, and it was great to win on all 5 courts. Way to protect our home courts!

The Royals improve to 2-5 on the year and will be back in action on Saturday as they travel to Ft. Wayne to play in the Carroll Invitational.