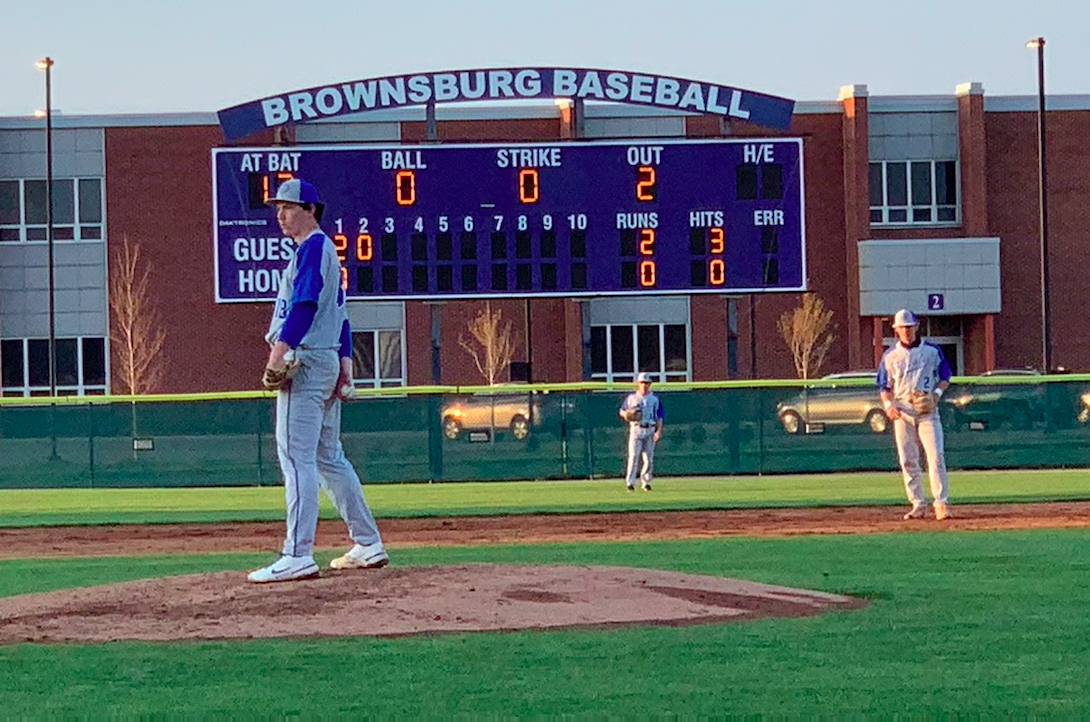 It came down to the last play, but HSE Varsity was on the wrong end of an 8-5 defeat to Brownsburg on Wednesday.

HSE fired up the offense in the first inning, when Noah Wolf got things started with single in his first at bat. J.T. Mutchner singled on a 0-1 count, scoring Wolf. Landon Riekhof scored the other run in the inning on a single line drive to centerfield. In the top of the sixth inning, Peyton Lusby hit a solo home run to left field. Cole Earlewine also added 2 hits for the Royals.

HSE will look to even the series tomorrow night when Brownsburg will travel to Ken Seitz Field. Game time is 6:00 pm