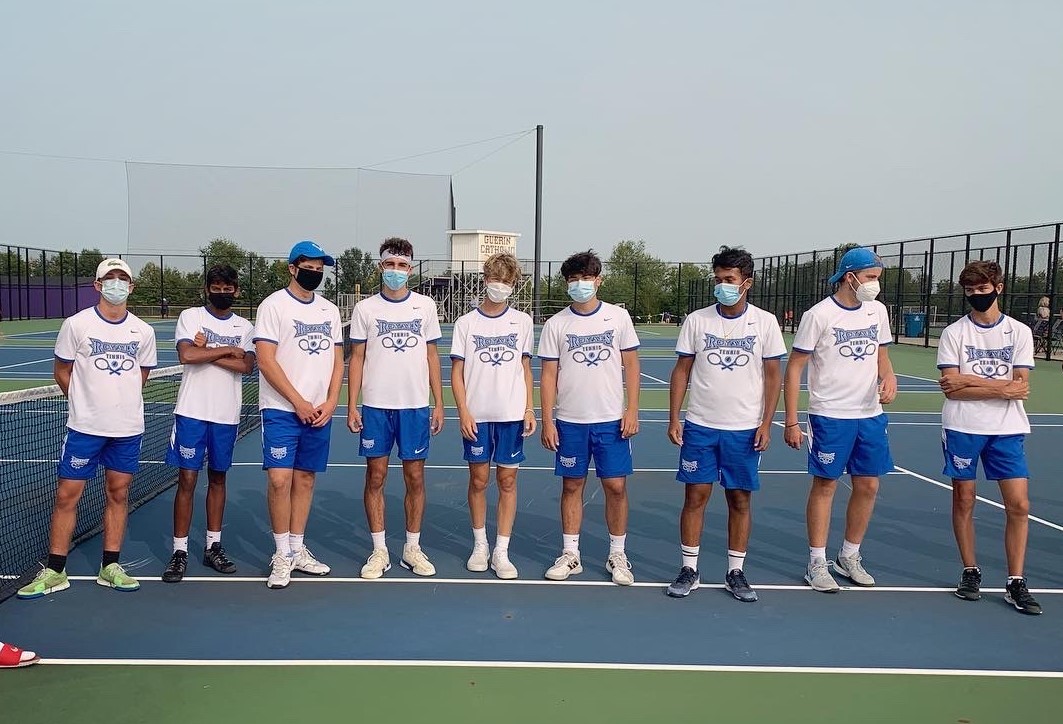 The #10 Royals got a big win over #9 Guerin Catholic tonight, winning 4-1 over the Golden Eagles. The match started out with the #1 doubles team of Andrew Spirrison and Paul Schneider getting a convincing win as they quickly took the first match 6-1, 6-0. The next win for the Royals came from Andrew Orme at #3 singles. Orme played a tough opponent with a lot of firepower, but Orme was too tough, winning two close sets 6-4, 6-4. The clinching point for the Royals came from the #2 doubles team of Evan Wang and Abhi Chaddha. They were down most of the first set, but then they stepped up at the end to force a tiebreaker which they won 7-3. After that, they took the momentum and ran with it, winning the second set 6-2. The final point for the Royals came from Rohan Golla at #2 singles. Rohan played a terrific first set, winning 6-2 against a talented freshman. The second set was a battle, and Rohan ended up losing 5-7 in a close tiebreaker. Rohan was then able to mentally reset and he stepped up and won the third set 6-4. It was a great match, and it was so good to see Rohan pull it out in three. At #1 singles, Nolan Houseman subbed in and gave Guerin’s #1 player a run for his money. Nolan played some great tennis and made his opponent work for everything. Guerin ended up having too much firepower, but it was a well-played match as Nolan lost 1-6, 3-6.

This was a big win for the Royals, and we definitely made a statement tonight. The Royals improve to 9-4 on the year and will be back in action on Wednesday night as we host Lebanon for Senior Night.

HCC Championships
9:00 am
View All Events