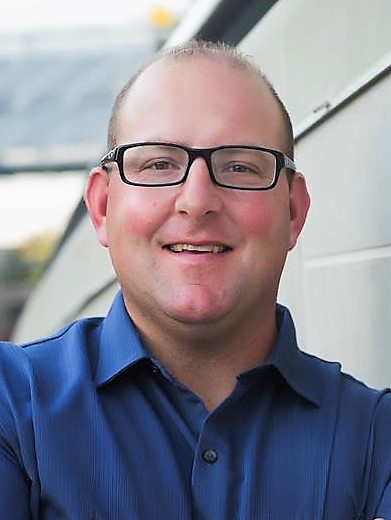 This will Coach Sassanella’s third year leading the Royals.  In 2019 he guided HSE to its first IHSAA State Championship.  His efforts was rewarded by being named Indiana 4A baseball coach of the year.  Prior to coming to HSE he was the head coach at Brebeuf Jesuit Preparatory School in Indianapolis where he led the Braves to a 52-34 varsity record over three seasons.  The Braves won IHSAA Sectional titles in 2016 & 2017 were Sectional runner-up in 2018.  Under Coach Sassanella’s leadership, the Braves also played in three Marion County Championships, winning the title in 2017.  Coach Sassanella was also head coach at Fort Wayne South Side for three seasons and served as an assistant coach at Fort Wayne Northrop for one season.

Coach Sassanella was a 2-sport athlete (football & baseball) at DeKalb High School in Auburn, Indiana.  He was drafted by the Detroit Tigers in the 19th round of the 1997 MLB first year player draft as a switch-hitting catcher.  He spent time over 3 seasons playing in the NY Penn, Gulf Coast, and Midwest Leagues. 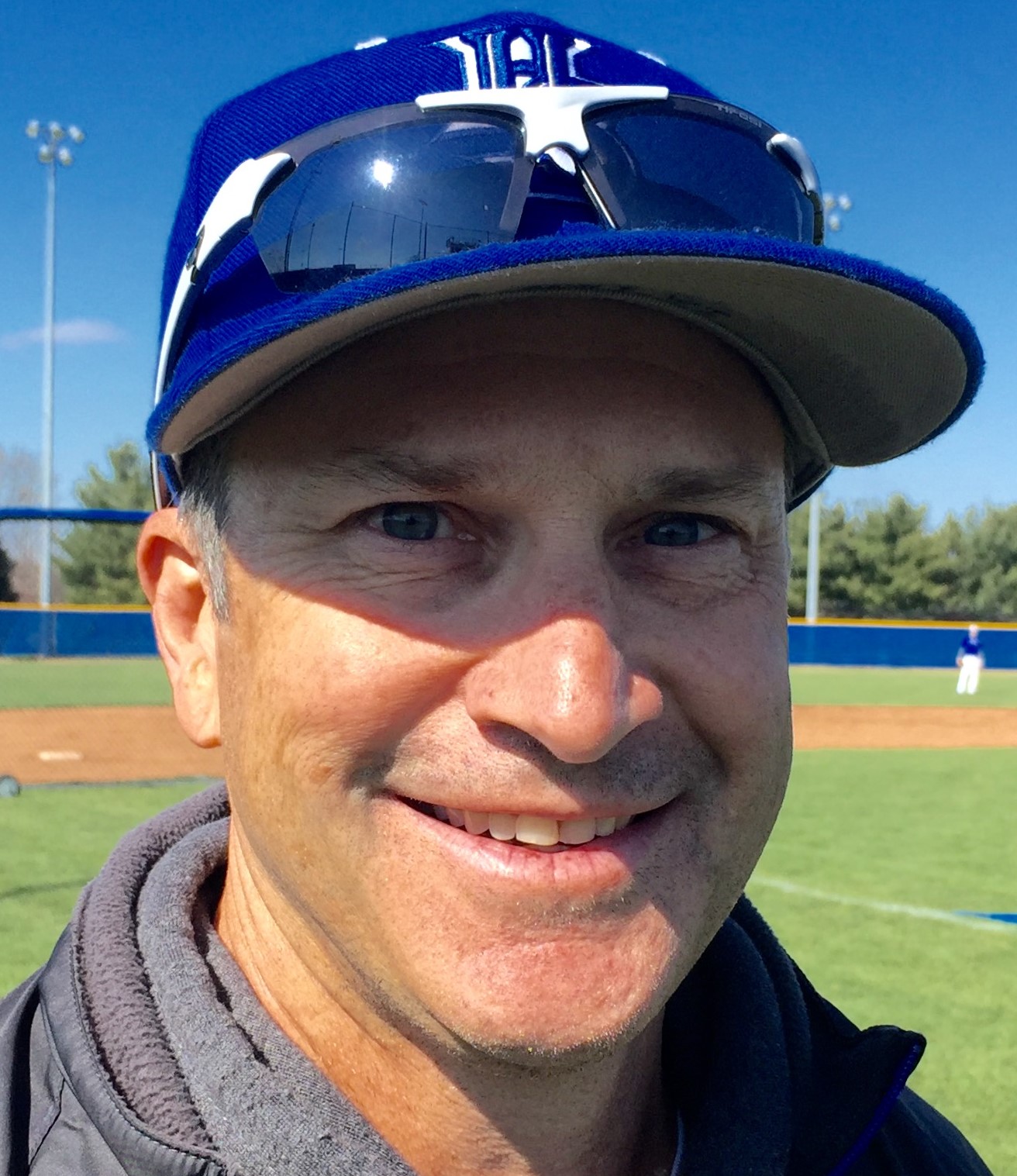 Curry Harden returns to the baseball coaching ranks at HSE.  He was HSE varsity head coach from 2002-2008.  Prior to becoming HSE head coach he was HSE’s varsity assistant coach from 1994-2001.  During his varsity tenure he had a record of 111 wins and 88 losses, a .558 winning percentage.  Included in those wins were three sectional championship and one regional title.

Originally from Mississippi, he was drafted out of high school as an outfielder by the Baltimore Orioles in the 35th round.   He went on to play as a pitcher at the University of Texas for one of the all-time great coaches, Augie Garrido.  Curry threw in two college world series in 1987 and 1989 with 3rd place finish. 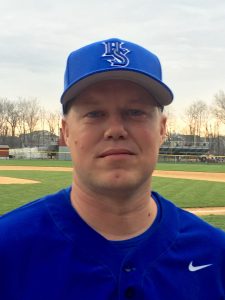 This will be Coach Seitz’s 16th season as a varsity assistant at HSE. In 2011 he was the IHSBCA “Assistant Coach of the Year”.

He is a 1996 HSE graduate where he earned eight varsity letters playing in football (3), basketball (2), and baseball (3). After his 1995 baseball season he was selected as the “Hamilton County Baseball Player of the Year” along with being named an All-State selection, all conference, and 1st team all-metro. In his 1996 baseball season he was selected to the North All-Star team as a second baseman.  Following his 1995 senior football season he was selected as the “Hamilton County Football Player of the Year” plus being named all-conference and 1st team all-metro while leading his team to an 11-1 record and sectional championship. He still holds HSE’s football defensive record for the most interceptions in a season (11).  He continued his playing career as a four-year player at Indiana University where he graduated in 2000.

Coach Seitz and his wife Heather have 3 children: Kameron (14), and twins Haleigh and Karson (11). 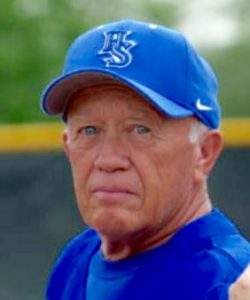 Ken Seitz has been a part of Hamilton Southeastern High School since 1974, retiring from the HSE baseball position in 2001.  This will be his 34th year involved with HSE baseball, 25 years (1977-2001)  as the head varsity coach and 9 years (2010-present) as a varsity assistant.

During his time as the head coach, HSE teams won 9 IHSAA sectionals and 3 regionals.  His final varsity coaching record was 514 wins and 191 losses (.727 winning percentage).  During his tenure as coach at HSE he also served as President of the Indiana High School Baseball Coaches Association on two different occasions.  Seitz also was the chairman of the IHSBCA State Baseball Clinic for 15 years.  In January of 2001 Coach Seitz was inducted into the Indiana Baseball Hall of Fame.  After the 2001 season Seitz was selected Indiana’s Baseball Coach of the Year by the National Federation of High School Sports.

Coach Seitz is a graduate of Brown County High School.   Seitz earned his B.S. and M.S. degrees from Indiana University.  He is married (Kathy) and has two children (Kory and Kristy). 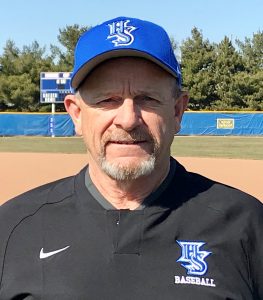 Kenny Shepherd comes to HSE as a JV assistant coach.  This will be his second stint coaching baseball at HSE – in 1977 he was the Royals varsity assistant under Ken Seitz.

Coach Shepherd is a 1975 graduate of Pendleton Hts. High School.  At Pendleton, he was a 3-year varsity letter winner in baseball.  He was co-captain and selected as the MVP his senior year while leading the team with a .375 batting average and stealing 23 bases.  During the summers he played “Connie Mack” baseball where he was a member of the 1975 Indiana State championship team.  After high school he attended Jacksonville JC, in Florida.  Before moving on from baseball he played 3 years in the Cincinnati and St. Louis professional systems.  After baseball, he continued with softball winning 9 “World Championships” and was a 4-time all-American. 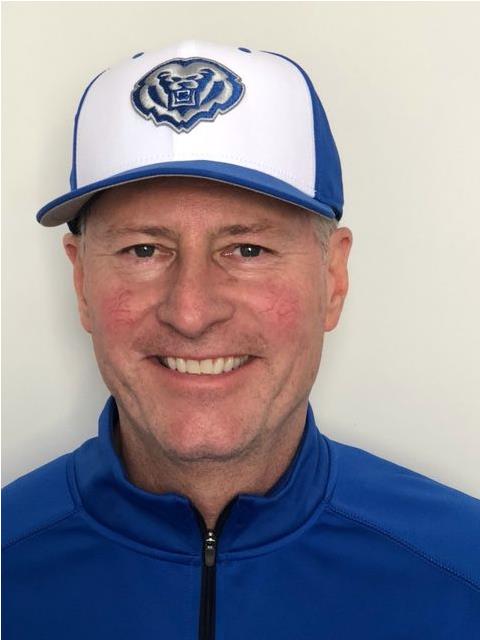 Coach Gibbons his first season with HSE Baseball having previously coached this age group in both baseball and basketball for over 12+ years. Coach Gibbons grew up on Indy’s Southside and was a multi-sport athlete at Roncalli High School (1980) where he lettered in baseball, football and basketball for the Rebels. John continued his playing career at Ball State and upon graduation, played competitively in baseball leagues in upstate New York and here in Indianapolis. Coach Gibbons has a BS in accounting/finance from Ball State and a MBA from Butler University.

Coach Gibbons is passionate about developing younger players through strong work ethic, taking responsibility, respect for the game and positive encouragement. John was a member of the HSEYBSL Board of Directors which brought Fishers Billericay Park from a dream to a reality back in the late 90’s. In addition to his BOD duties, John was the head coach of HSE Royal travel teams from 2001-2007.

John worked as an executive for a major HVAC manufacturer for over 30 years. John and his wife Stacy have lived in Fishers for nearly 30 years and are the proud parents of 2 HSE graduates, son Patrick (HSE ’12, football/ wrestling) and daughter Allison (HSE ’14, track/cross country), and their two dogs, Gunnar & Lola. 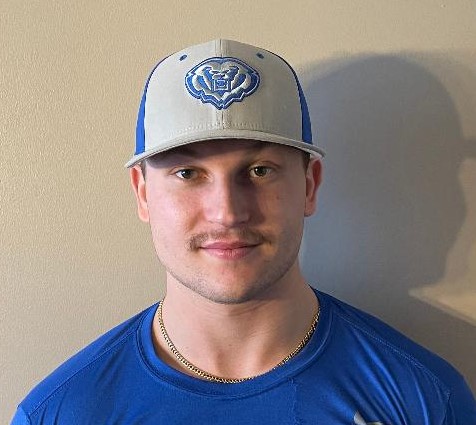 Coach Howard is a 2016 HSE graduate.  He was on the 2015 sectional championship team and a 2016 team captain. After HSE Jackson attended Butler University, graduating in 2020.    He is heavily enjoy with the HSE off season programs where he coaches the HSE 14u Blue Royals travel team.  His younger brother Cameron is a junior in HSE baseball the program. 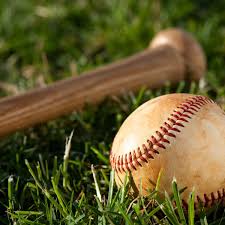